The art of storytelling  develops our understanding of the world.

* different ways to tell a story

We noticed the interest the children showed in acting out, creating and sharing different versions of ‘Rosie’s Walk’. They worked with Ms. Heidi to retell the story, using what they know about maps and positional language to show movement. Back in the classroom, some students even created their own maps! 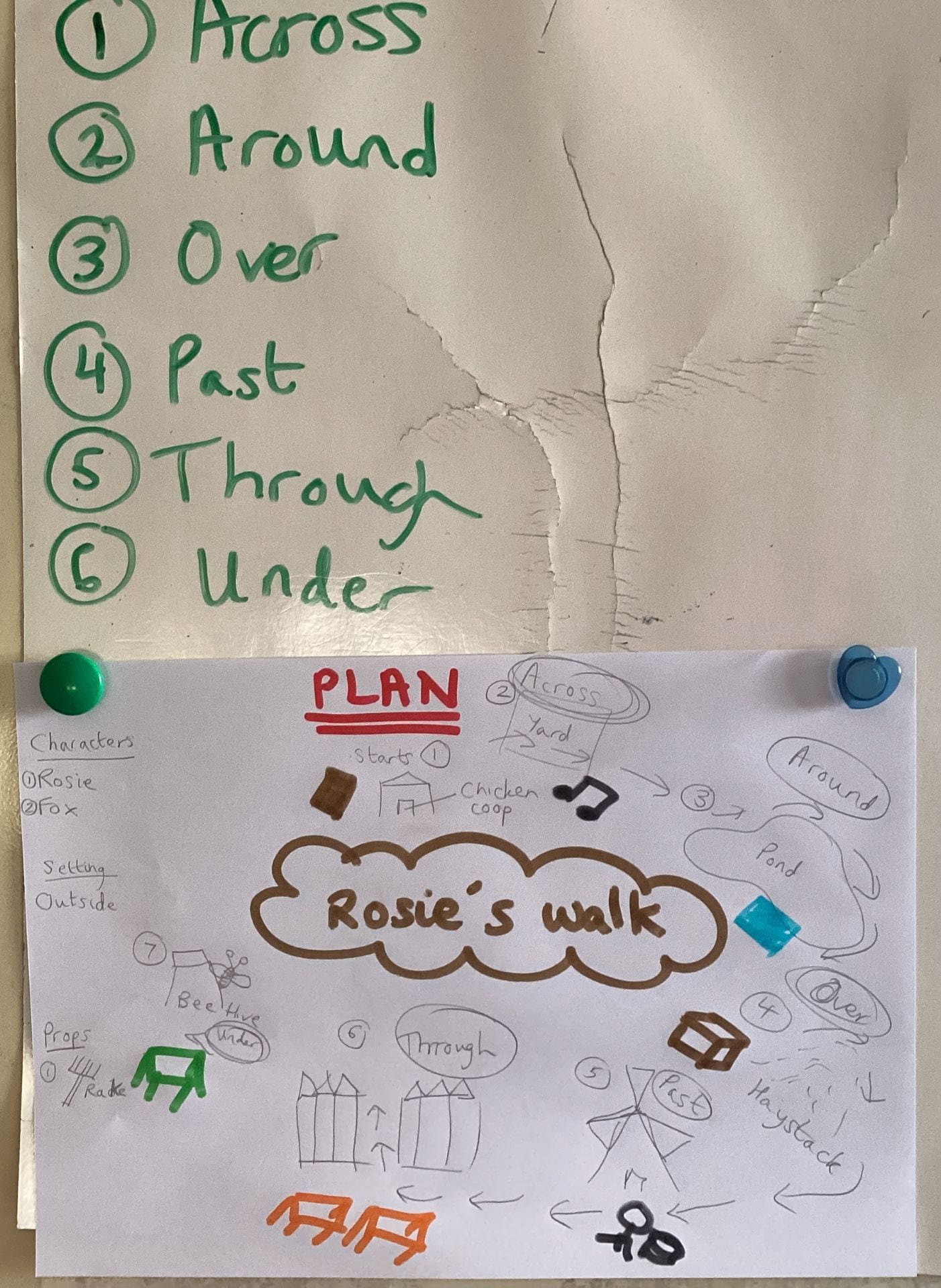 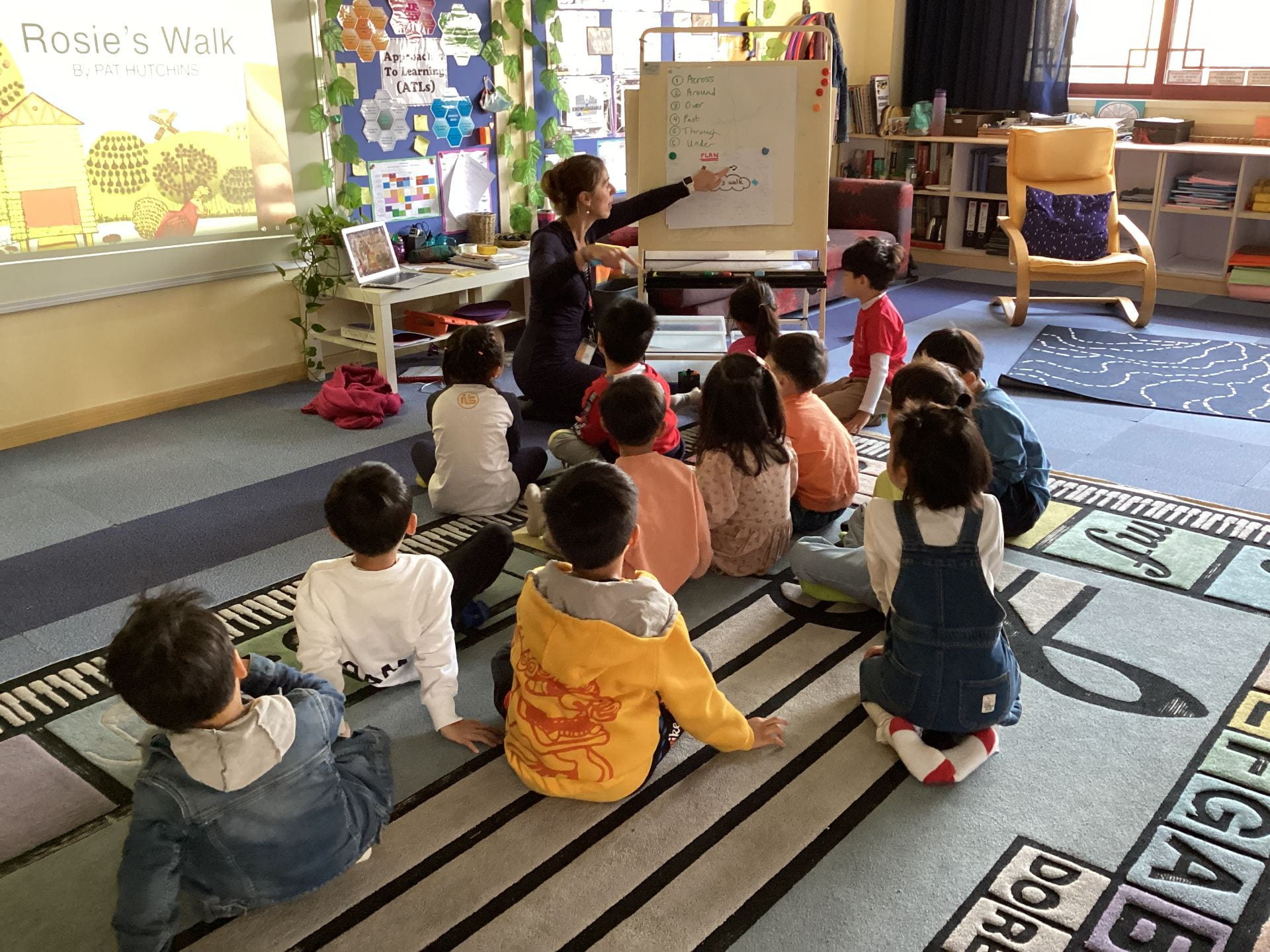 The teachers decided to invite the children to create their own stories and maps. Four groups were created, offering children an opportunity to work with mixed groups. First, the groups discussed their ideas. Then, the children had to decide on the characters. This step was a challenge as each child had their own ideas. Through negotiation and conversation, they were able to decide which 2 characters will be part of the story. 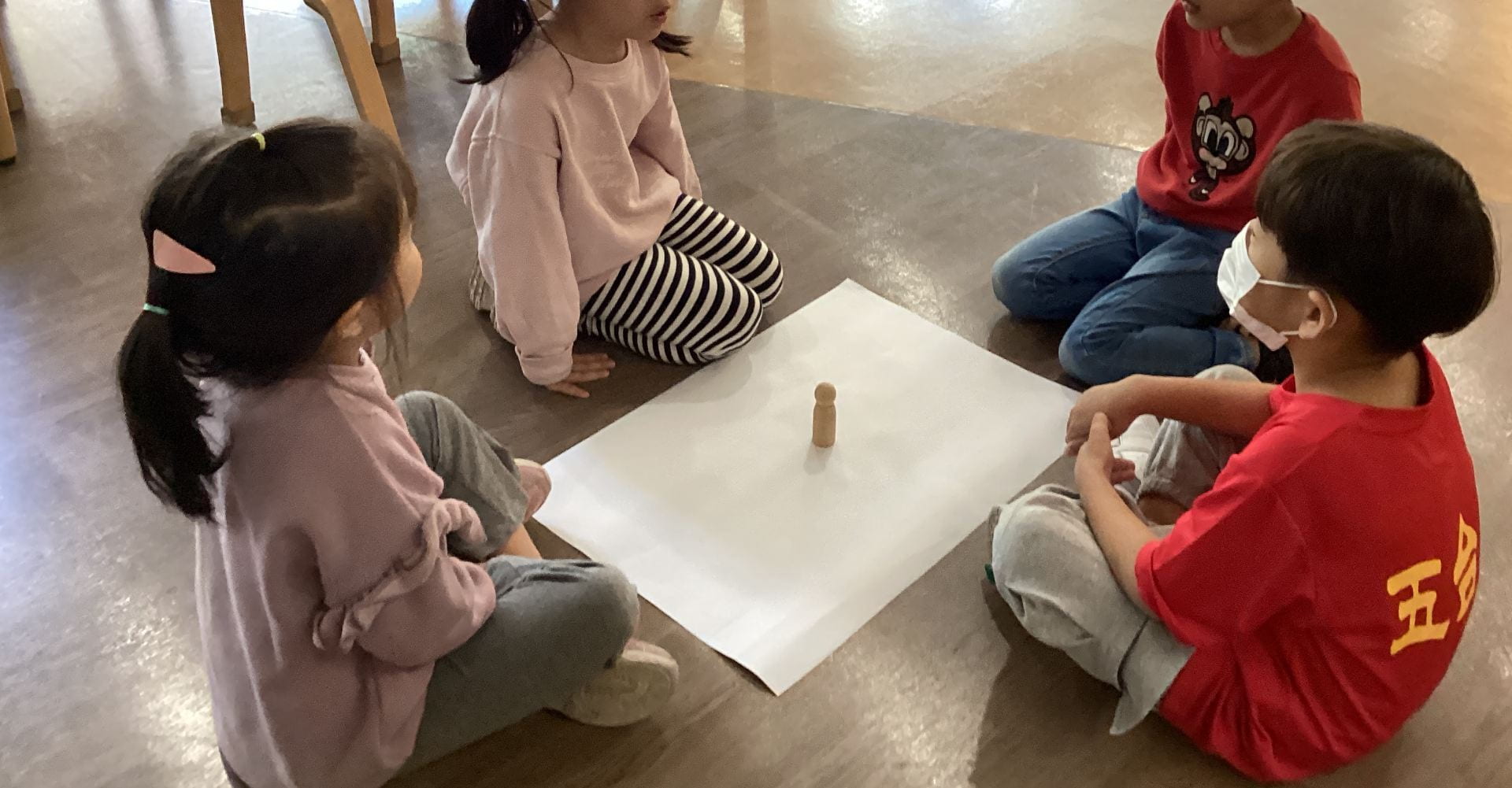 Next, the children considered the different places (setting) the story will happen. They had to look for ways to connect different ideas to make one story. 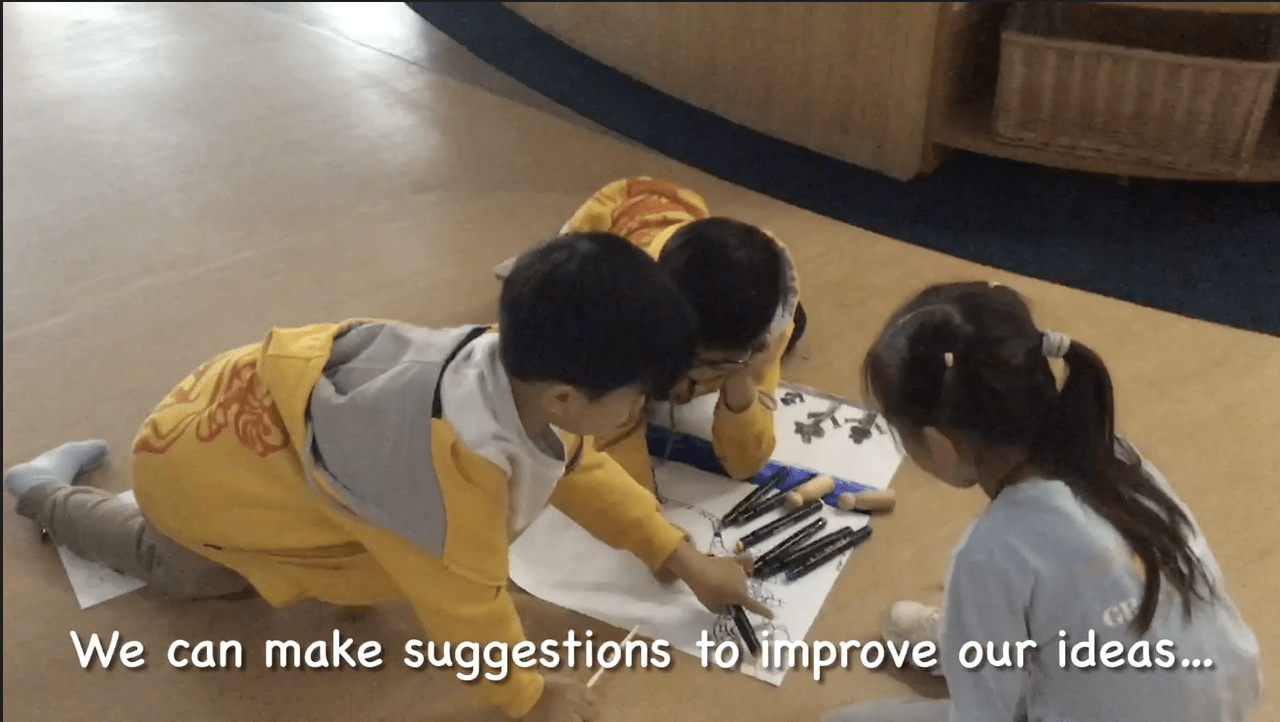 We observed the children listening and considering ideas put forward by the group. After discussing their ideas, the children began to draw on a large piece of paper. 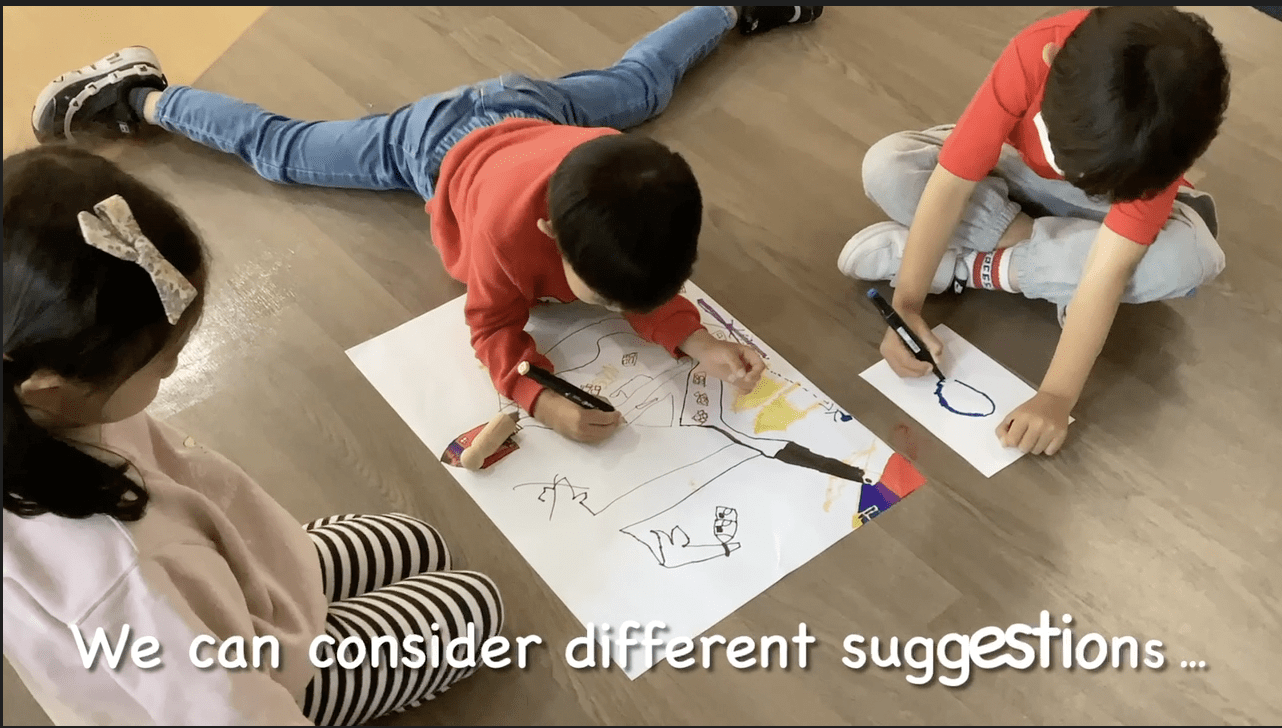 During this step of the process, we noticed how some groups needed to pause, and take time to speak to others about the way they documented their ideas on paper. We noticed how the children managed their frustrations as they worked together on one paper. 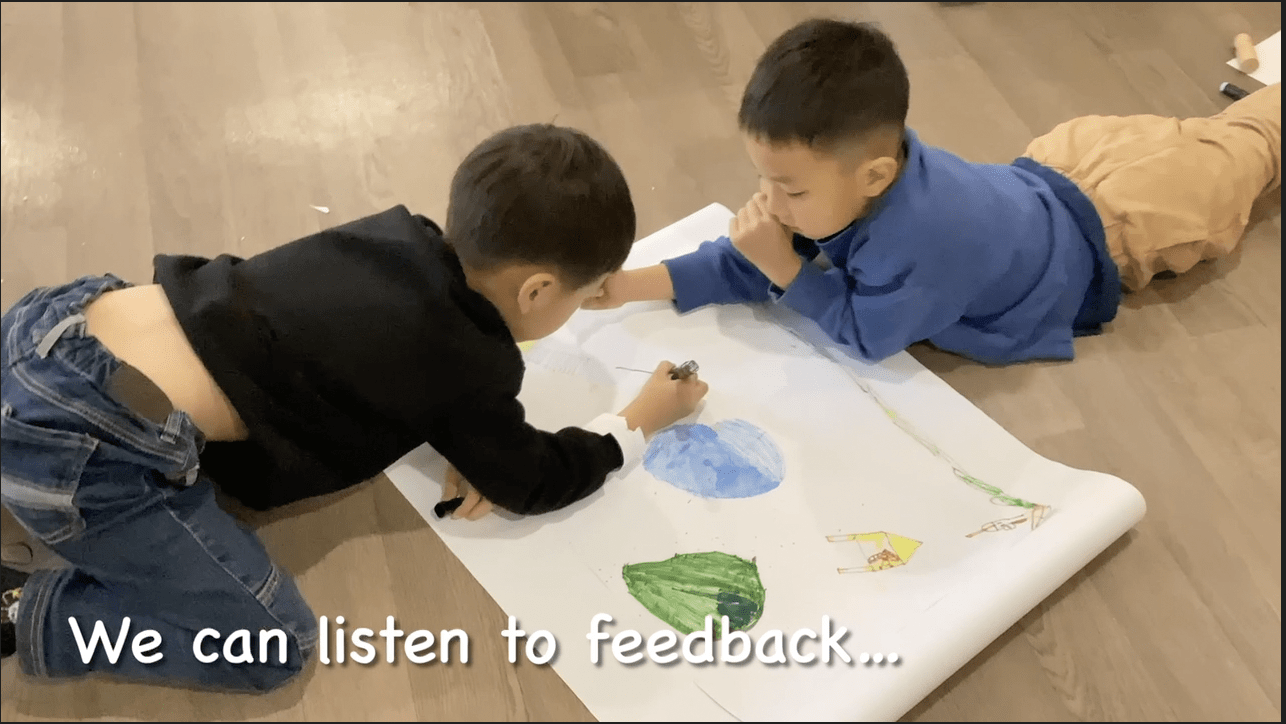 This can be a challenge as once something has been drawn, it could not be removed. Throughout the task, the children practiced their social skills, listening, considering, sharing, and working towards a shared idea. 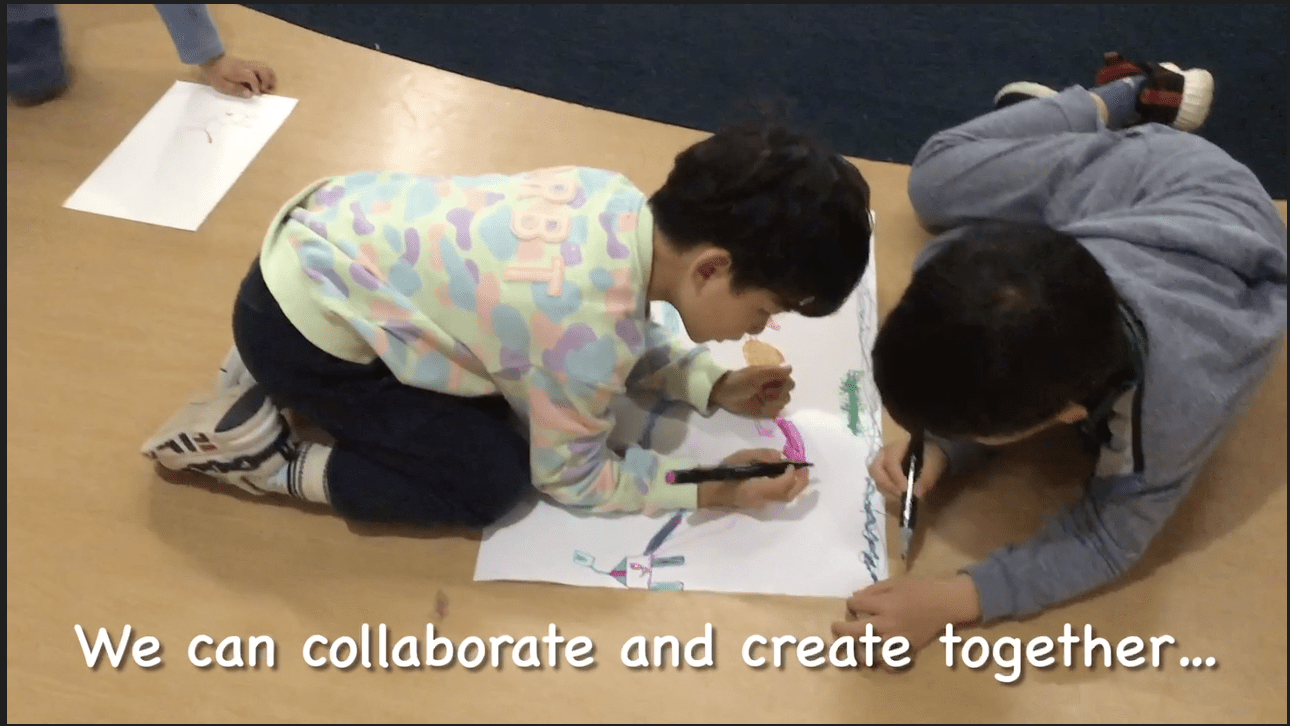 The children look forward to presenting their maps and characters to Ms. Heidi. Then, each group will need to decide how the story should be shared with the other groups or the community. 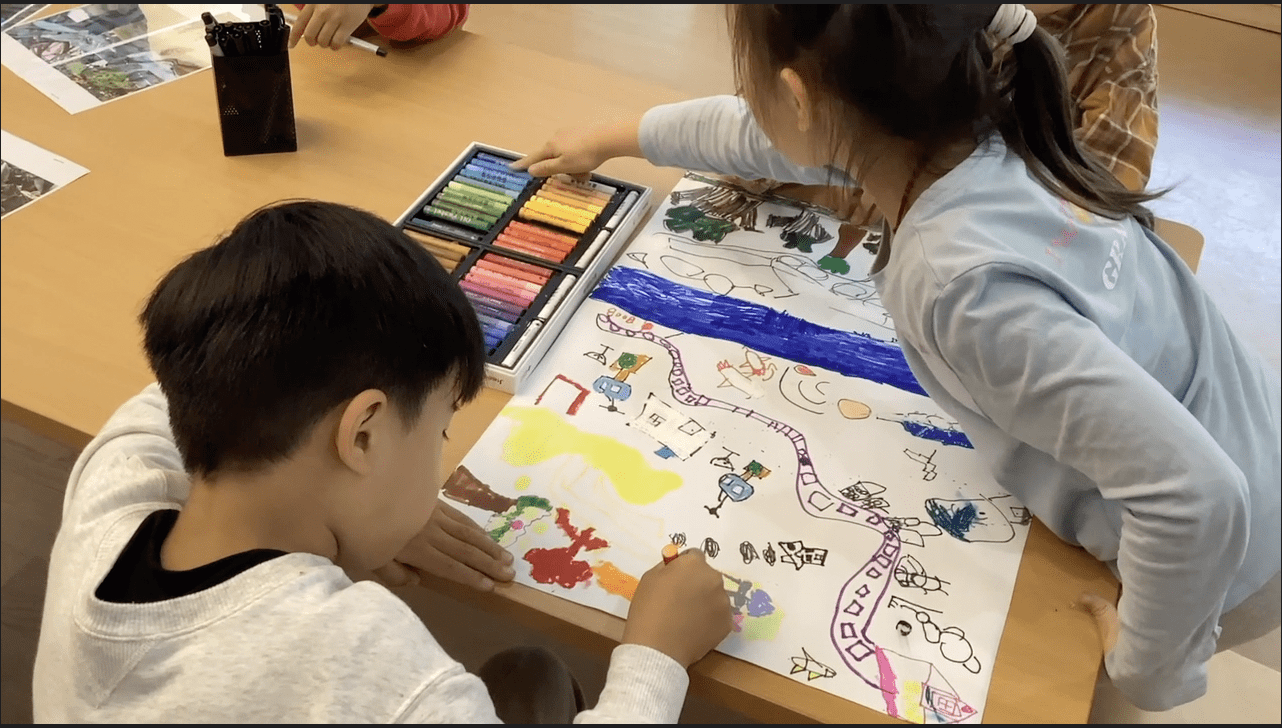 We have been exploring how we can enjoy, learn and express ourselves through the arts. The K2 storytellers have been working in groups, creating maps and characters to tell their own stories. While creating art, the children made choices to construct meaning about the world around them. We observed this as they used positional language and familiar places in the environment to decide how their characters will travel as they tell the story. Some of the maps included the school, their homes, bridges, and waterways. We noticed that the stories were inspired by their experiences and imagination.

It was time to ‘tell’ the story. Ms. Heidi came in to help the storytellers explore different ways to tell stories. First, they revisited the story ‘Rosie’s Walk’ and watched the video where they retold the story in the Performing Arts room. 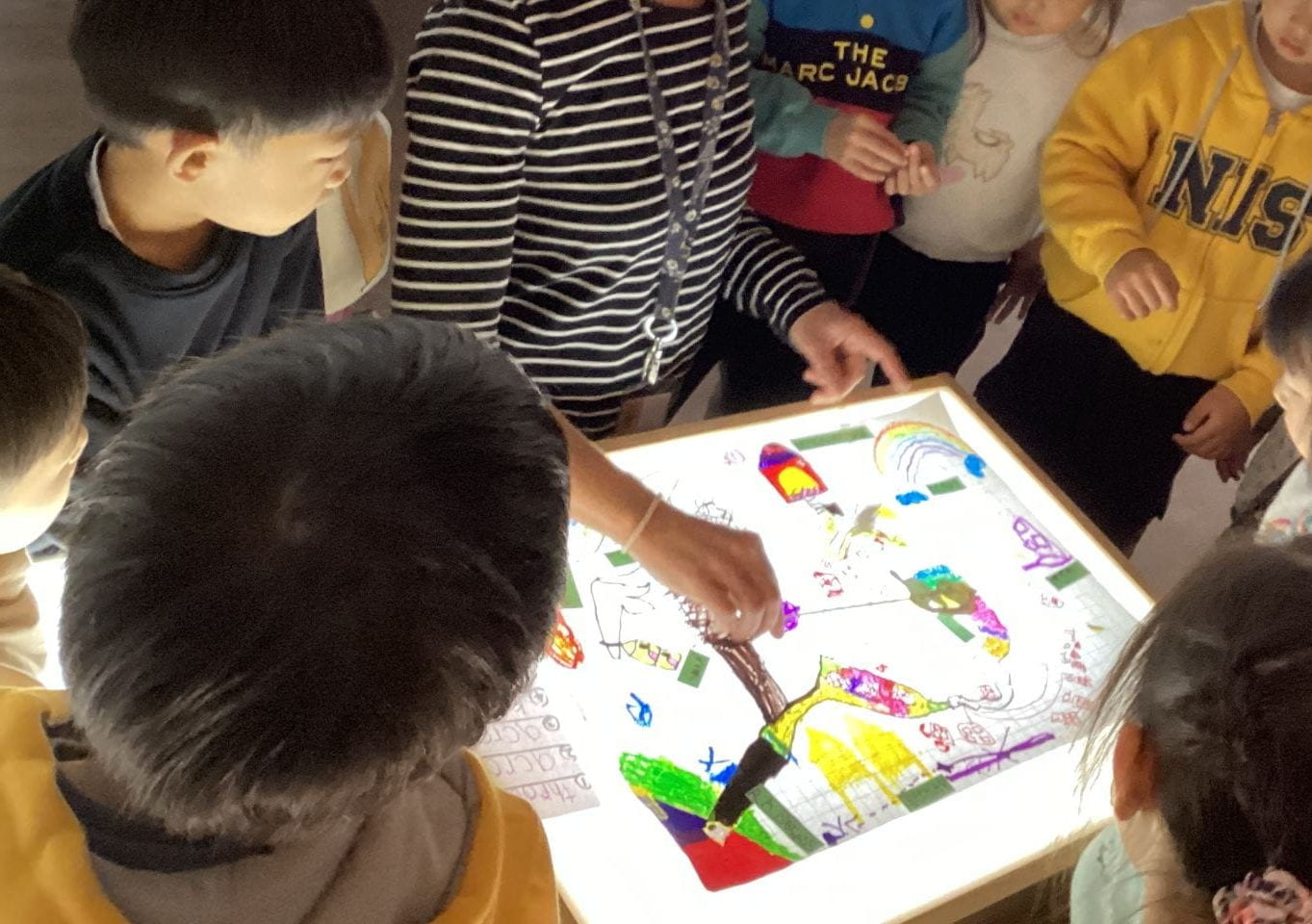 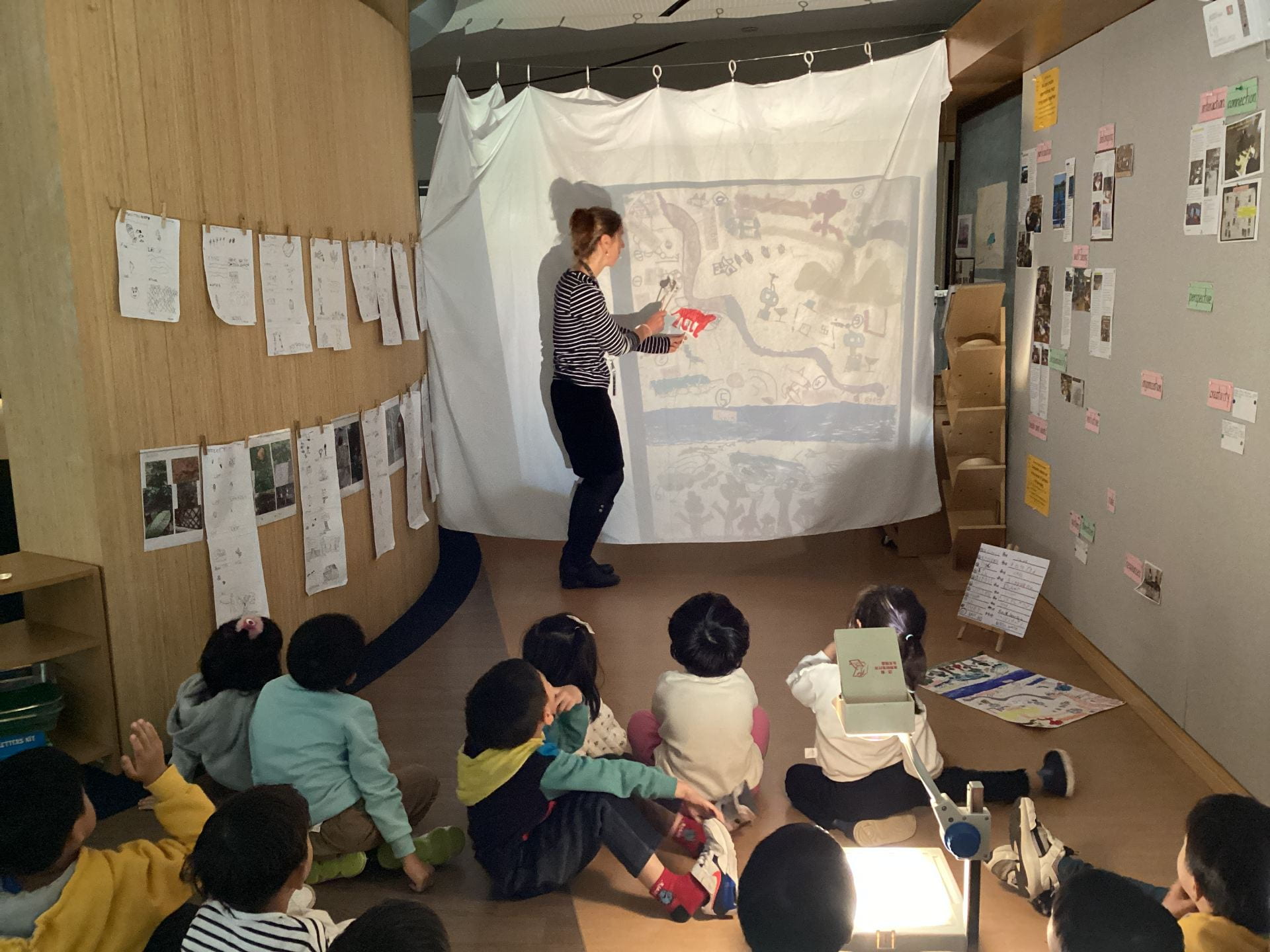 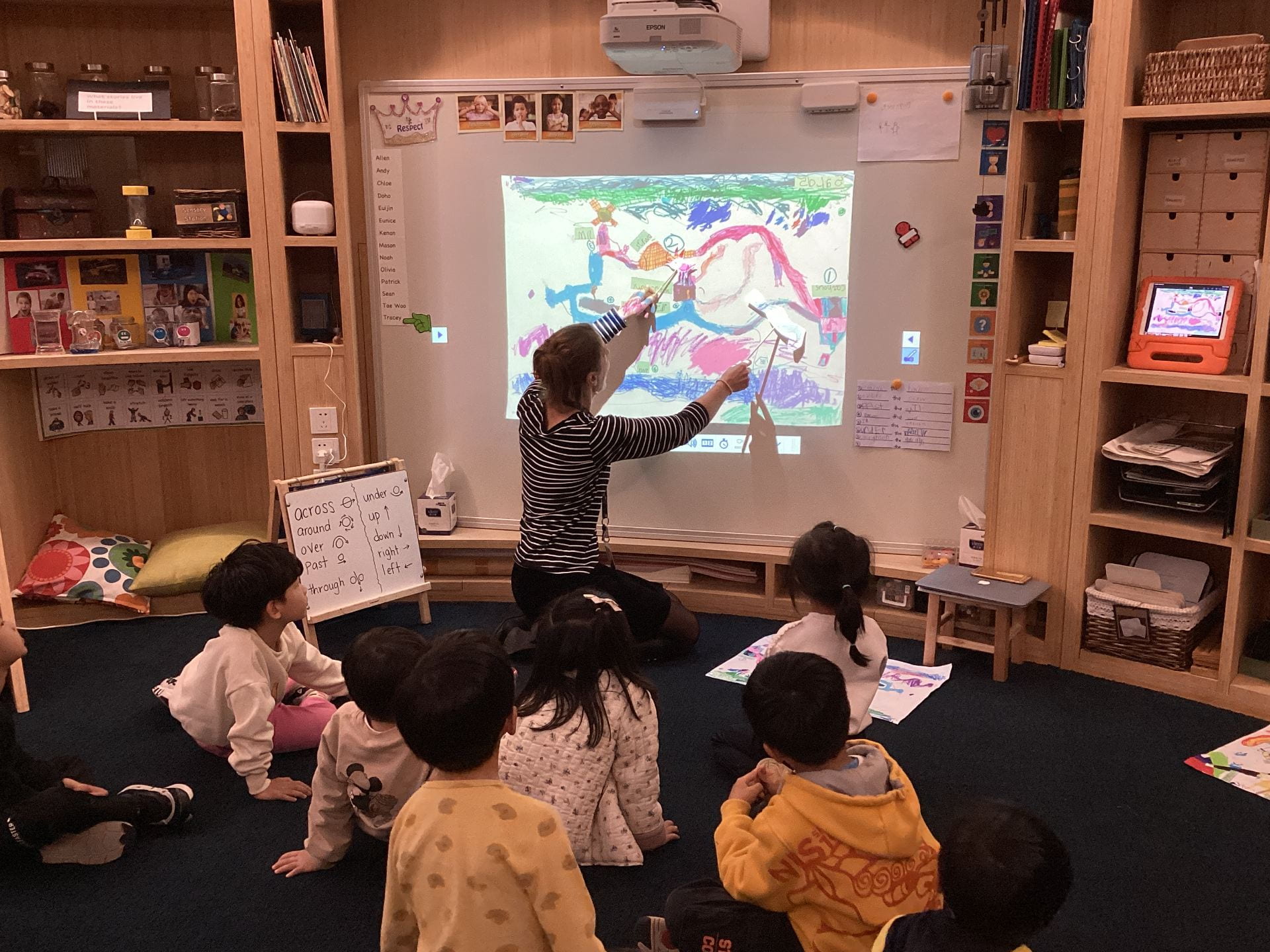 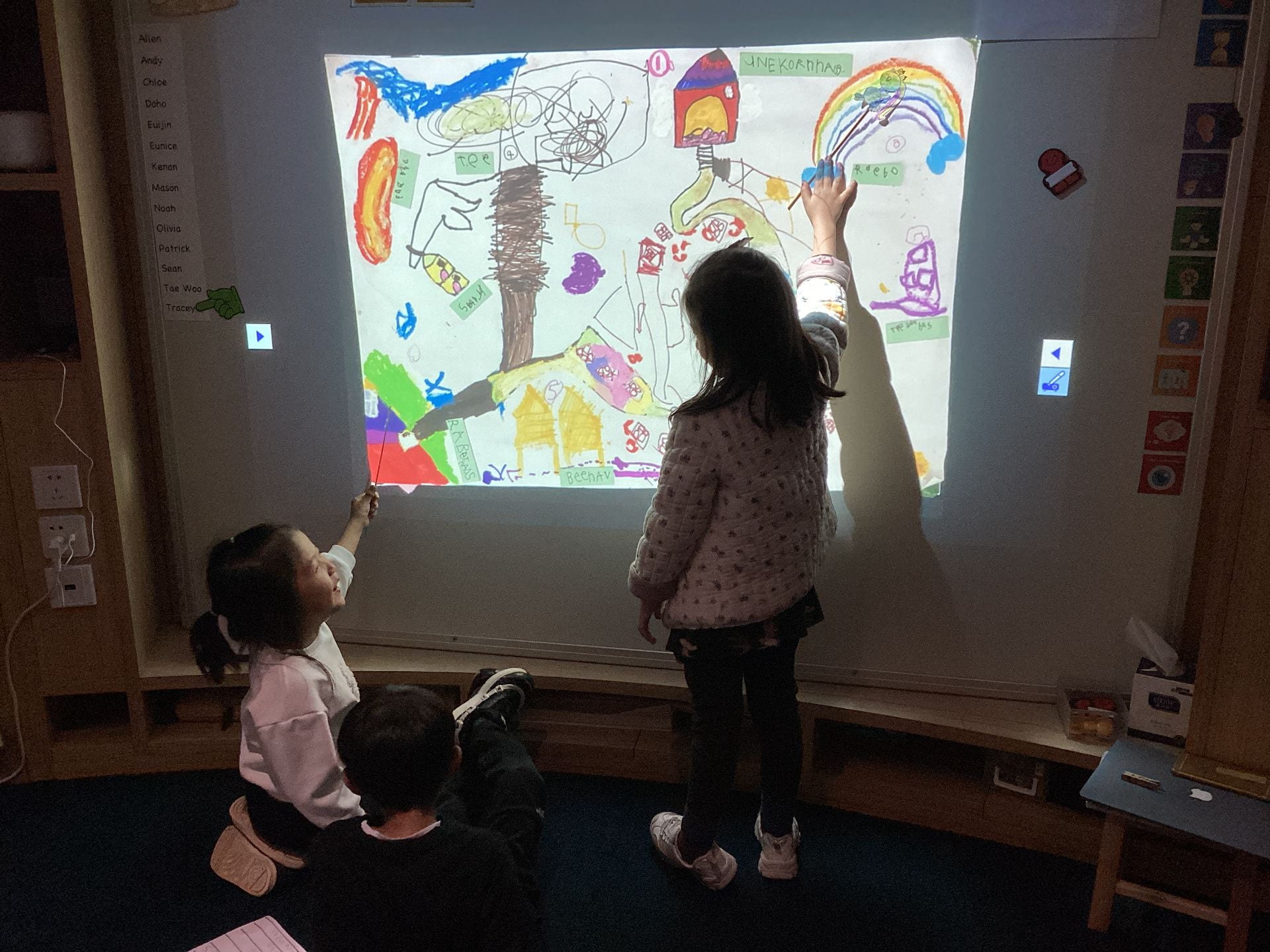 The storytellers discussed their options, and then went off the practice their storytelling. Ms. Heidi reminded the storytellers that feelings, moods and ideas can be expressed creatively using vocal sounds and dramatic expression. 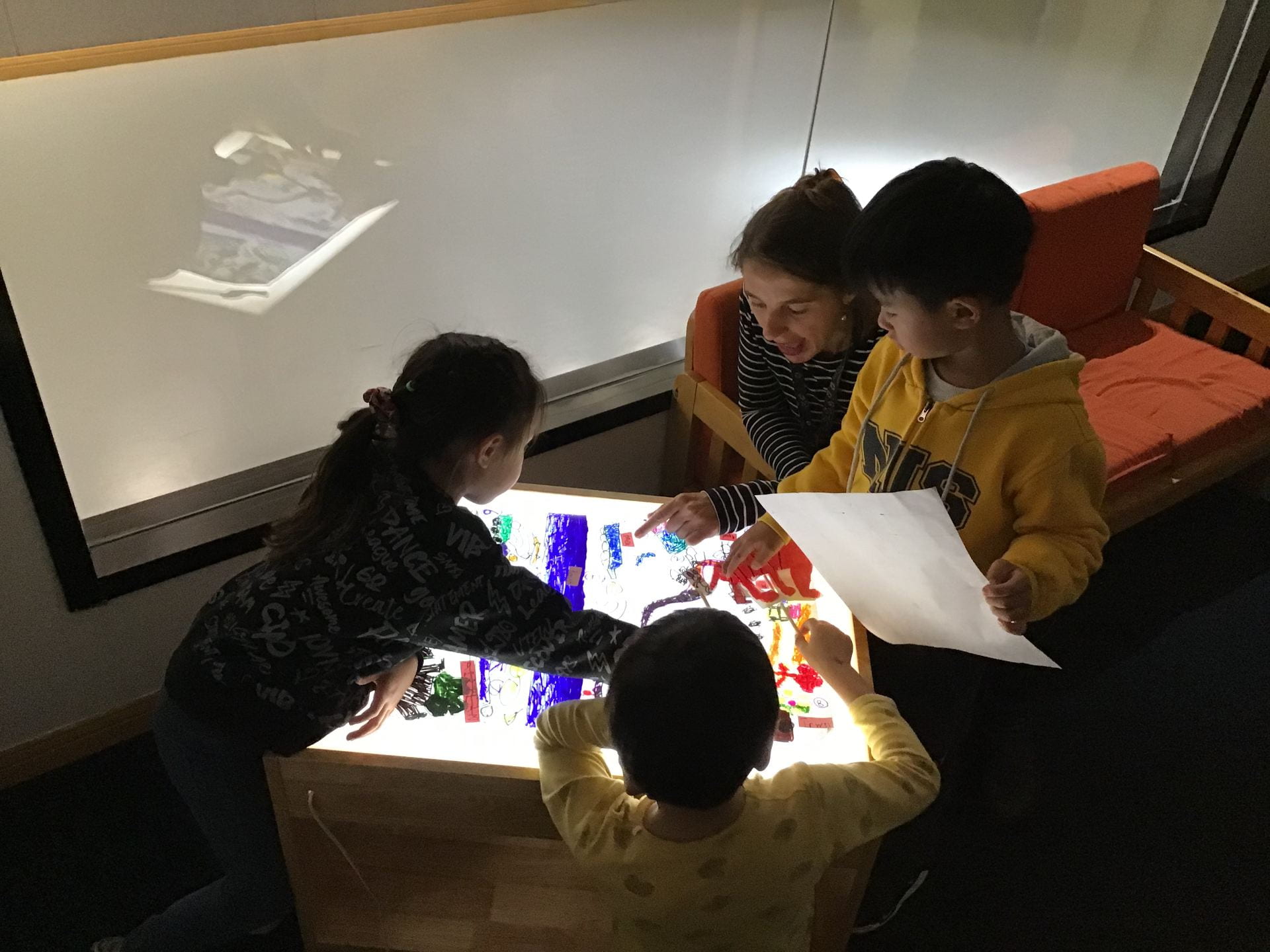 Through this experience they engaged in a creative process that involves joining in, exploring and taking risks. 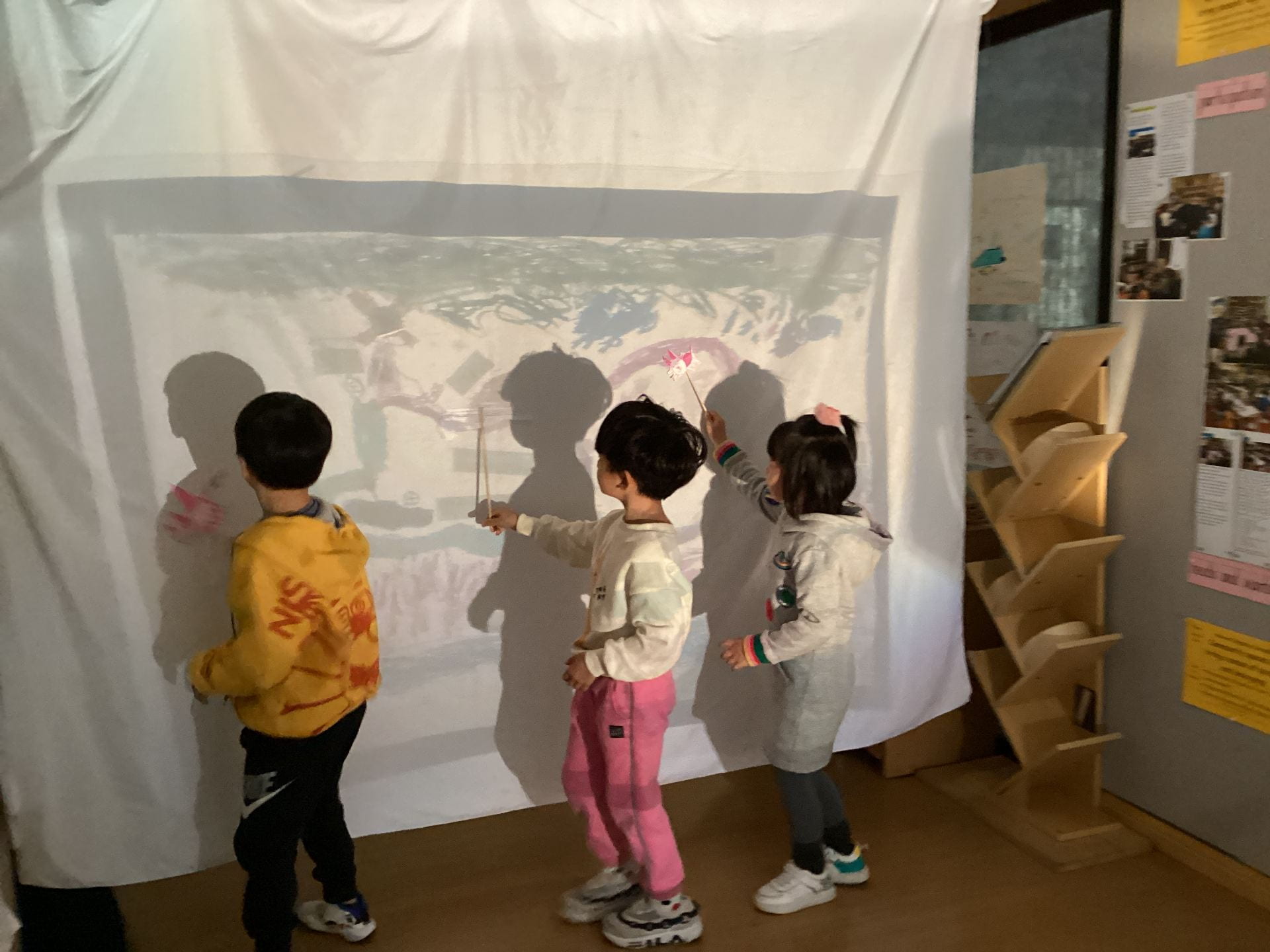 In the next few days, the storytellers will practice and refine their stories, and decide who they would like to have as an audience. 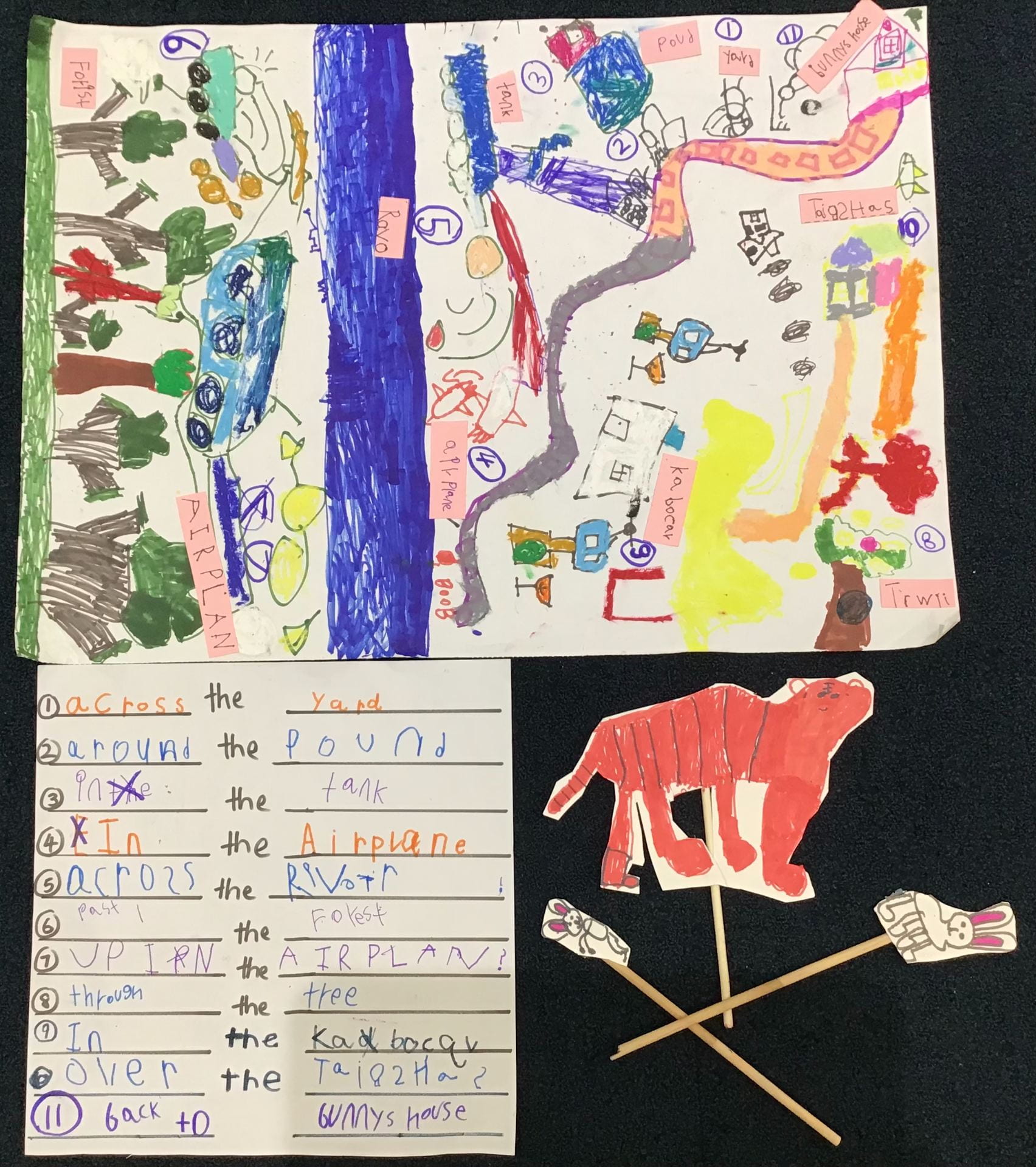 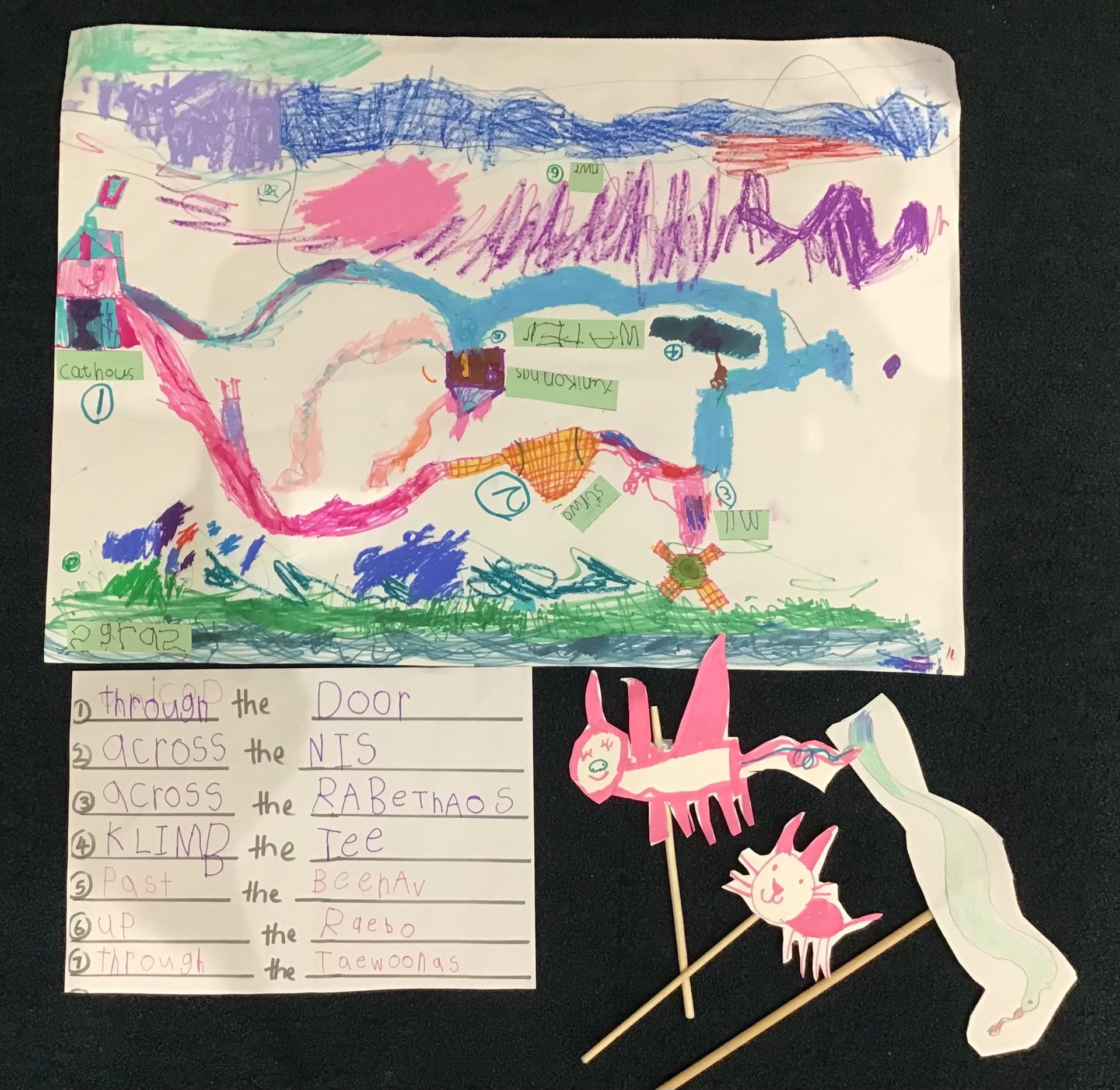 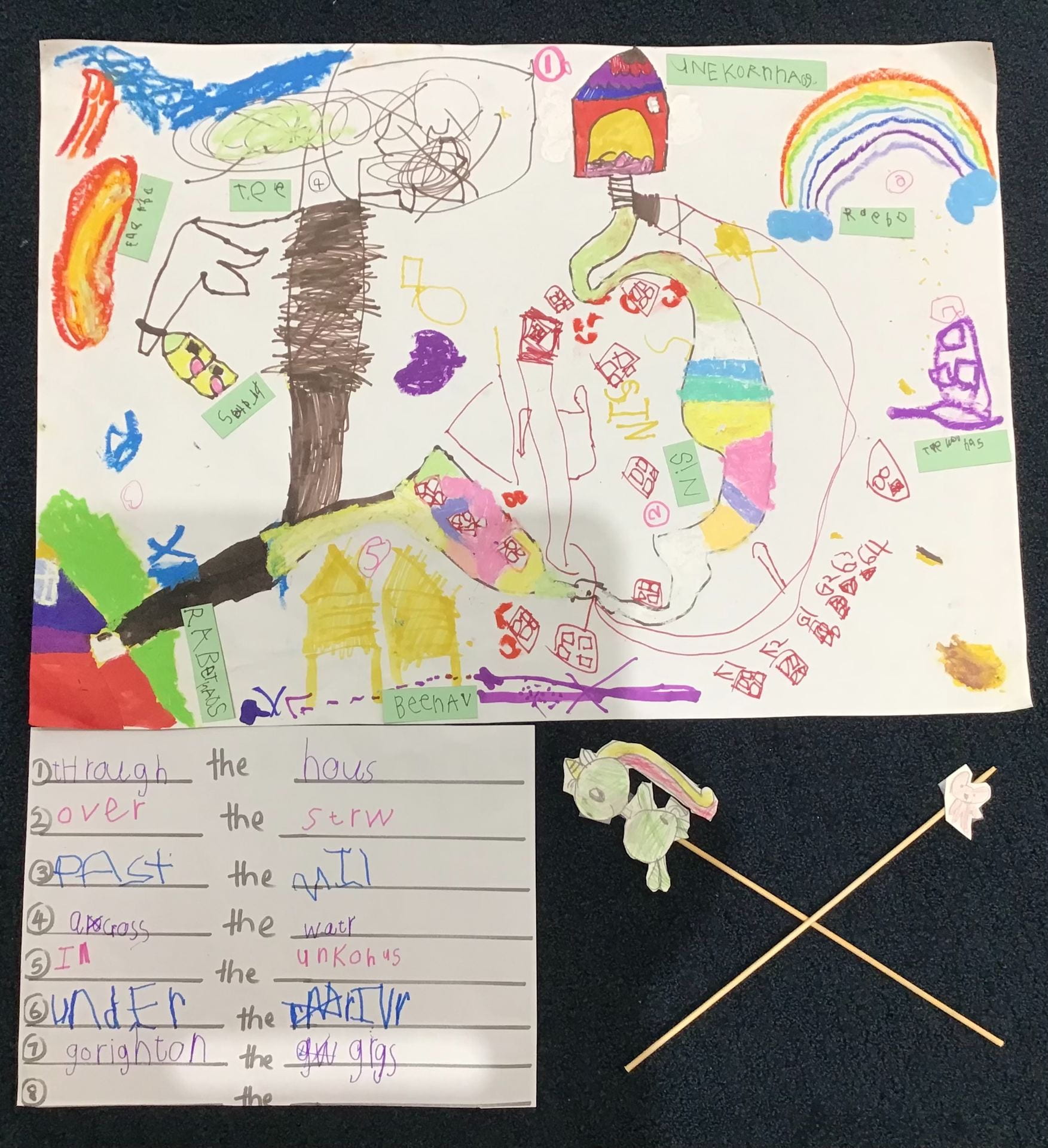 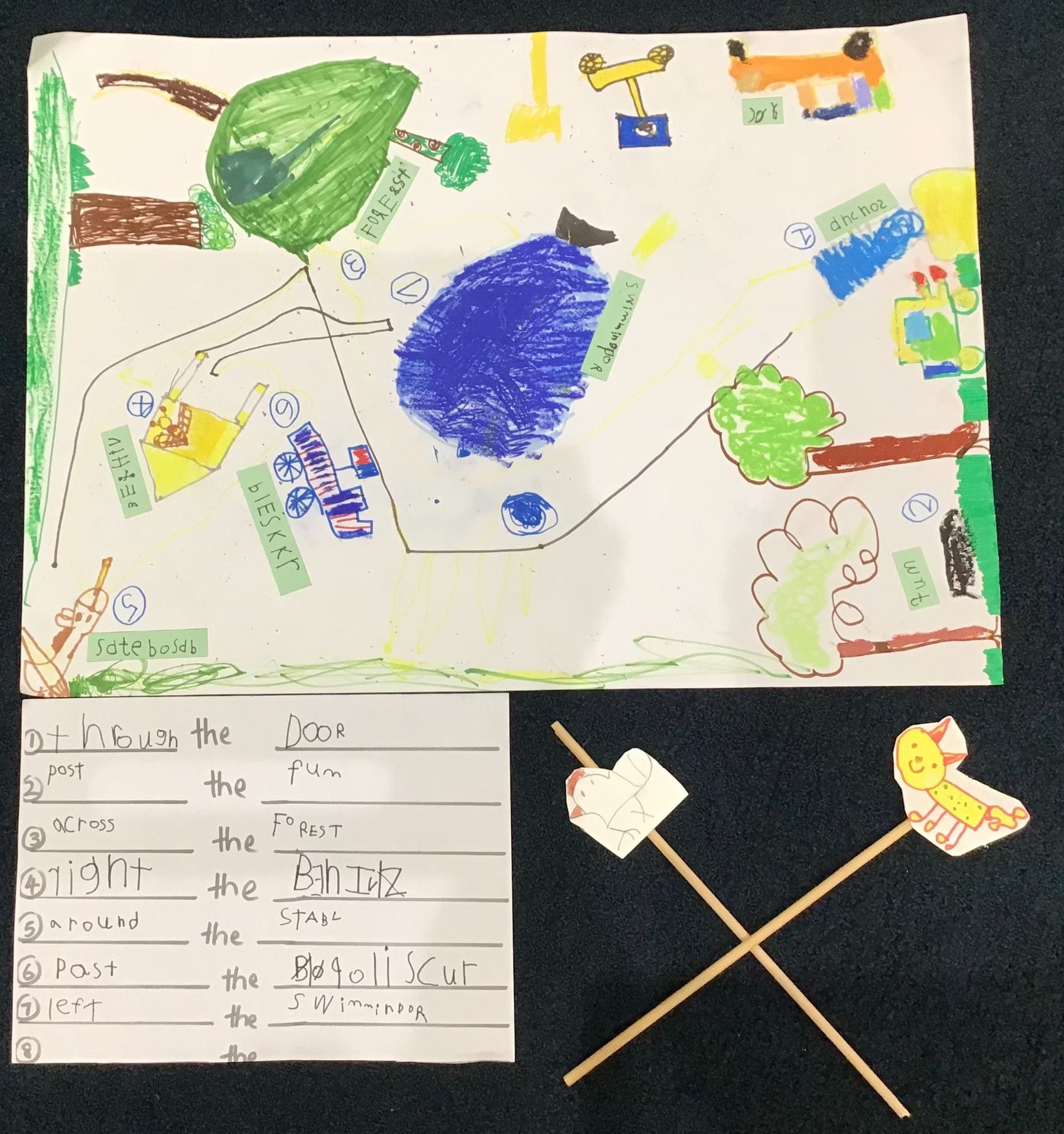 In Performing Arts, the children worked on the second half of the Performing Arts Creative Cycle of planning, practicing, polishing and performing. They polished and performed their stick puppet shows​ based on their ‘own’ stories inspired by the story ‘Rosie’s Walk‘. 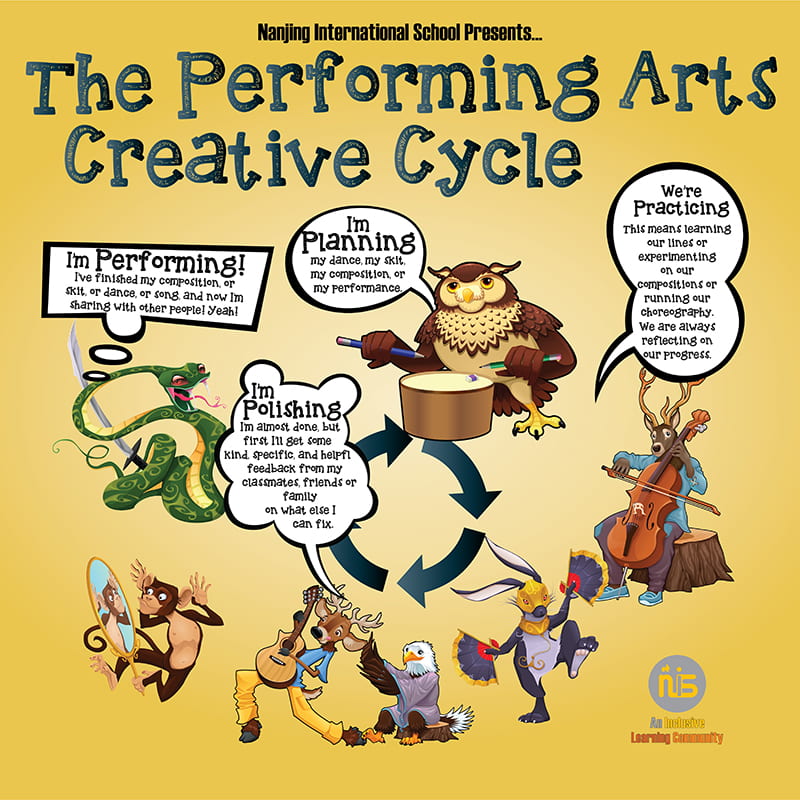 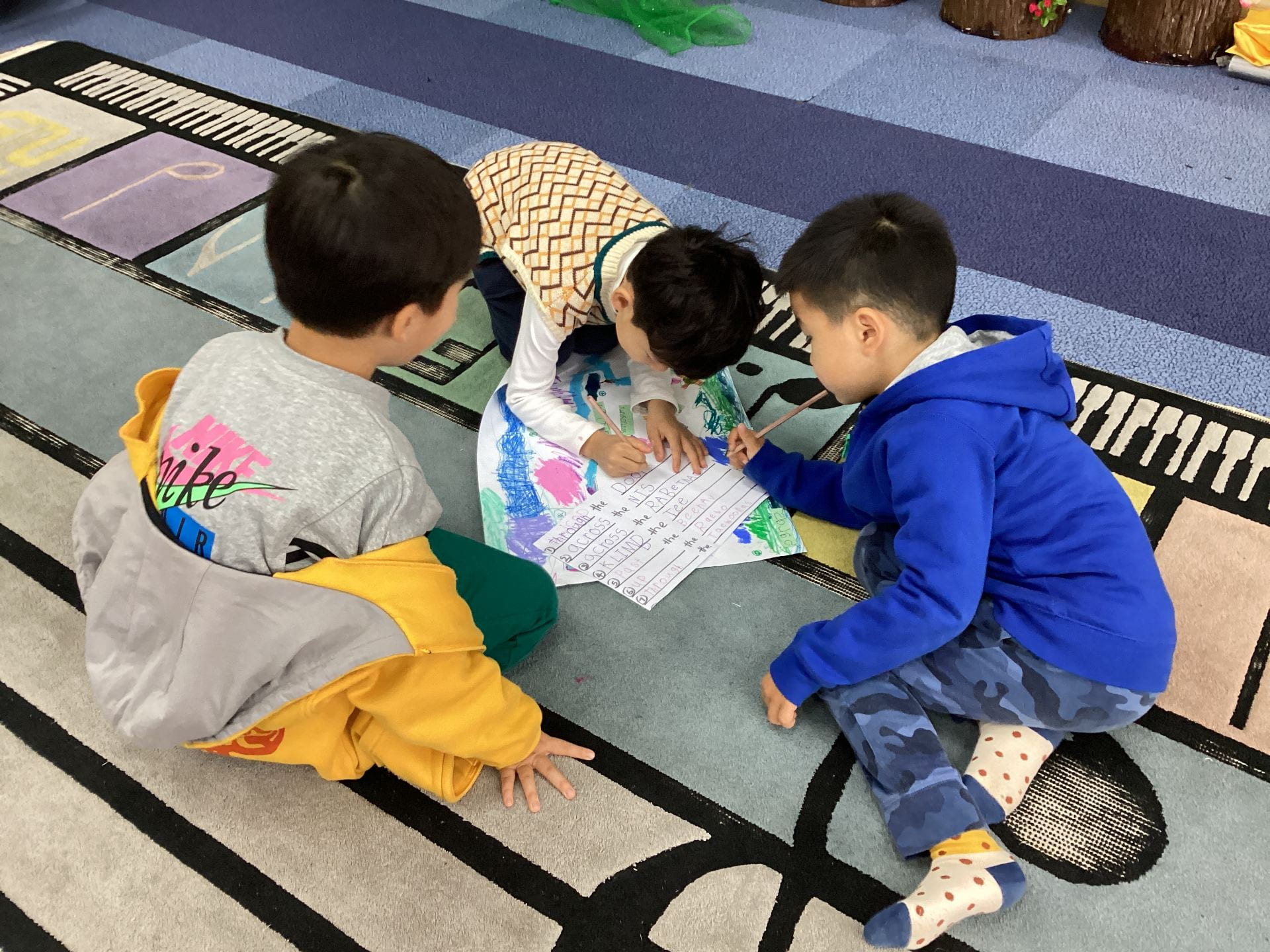 The children completed the sound recordings of the sound effects. Then, they made the second sound effects by selecting percussion instruments related to what happened in the stories. 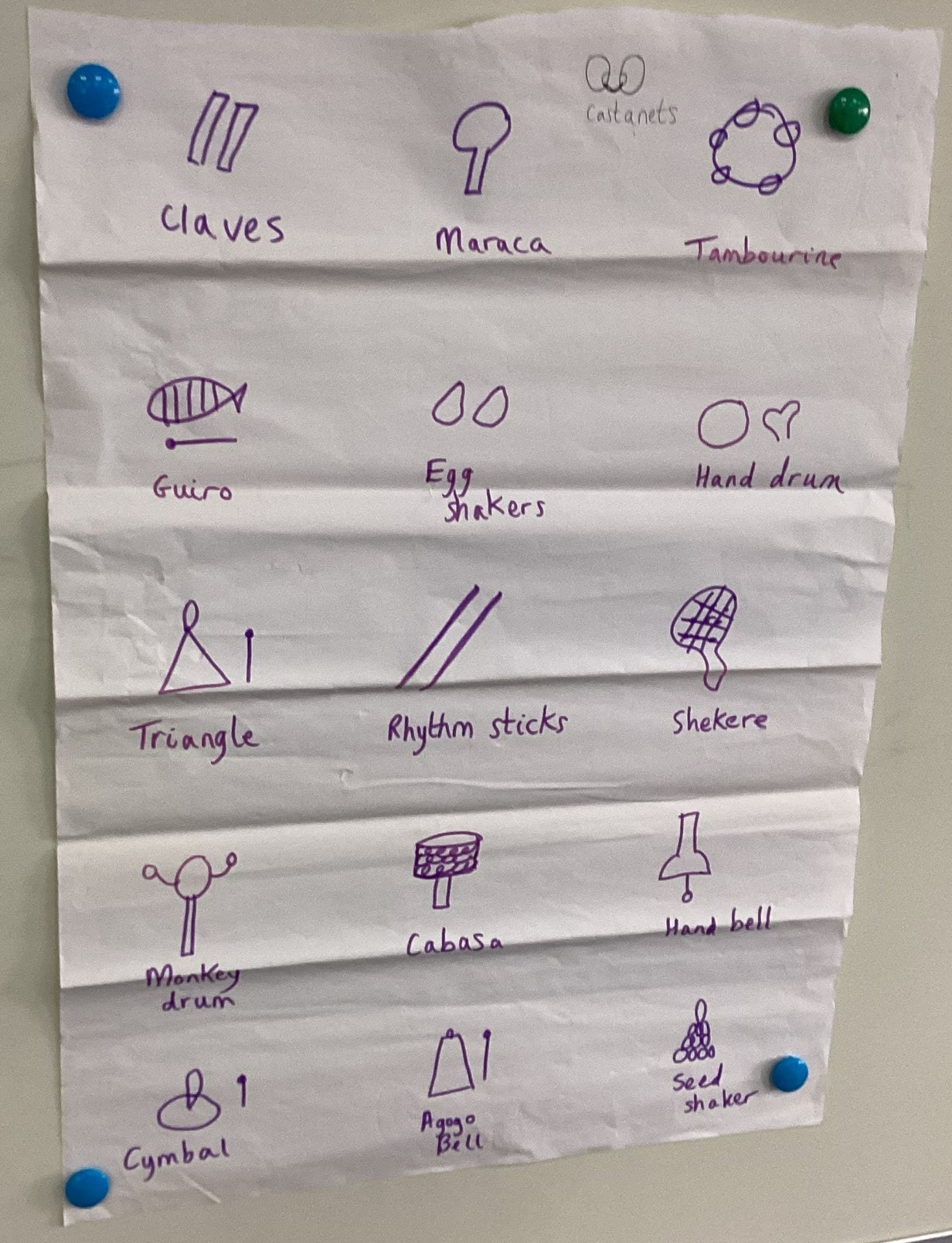 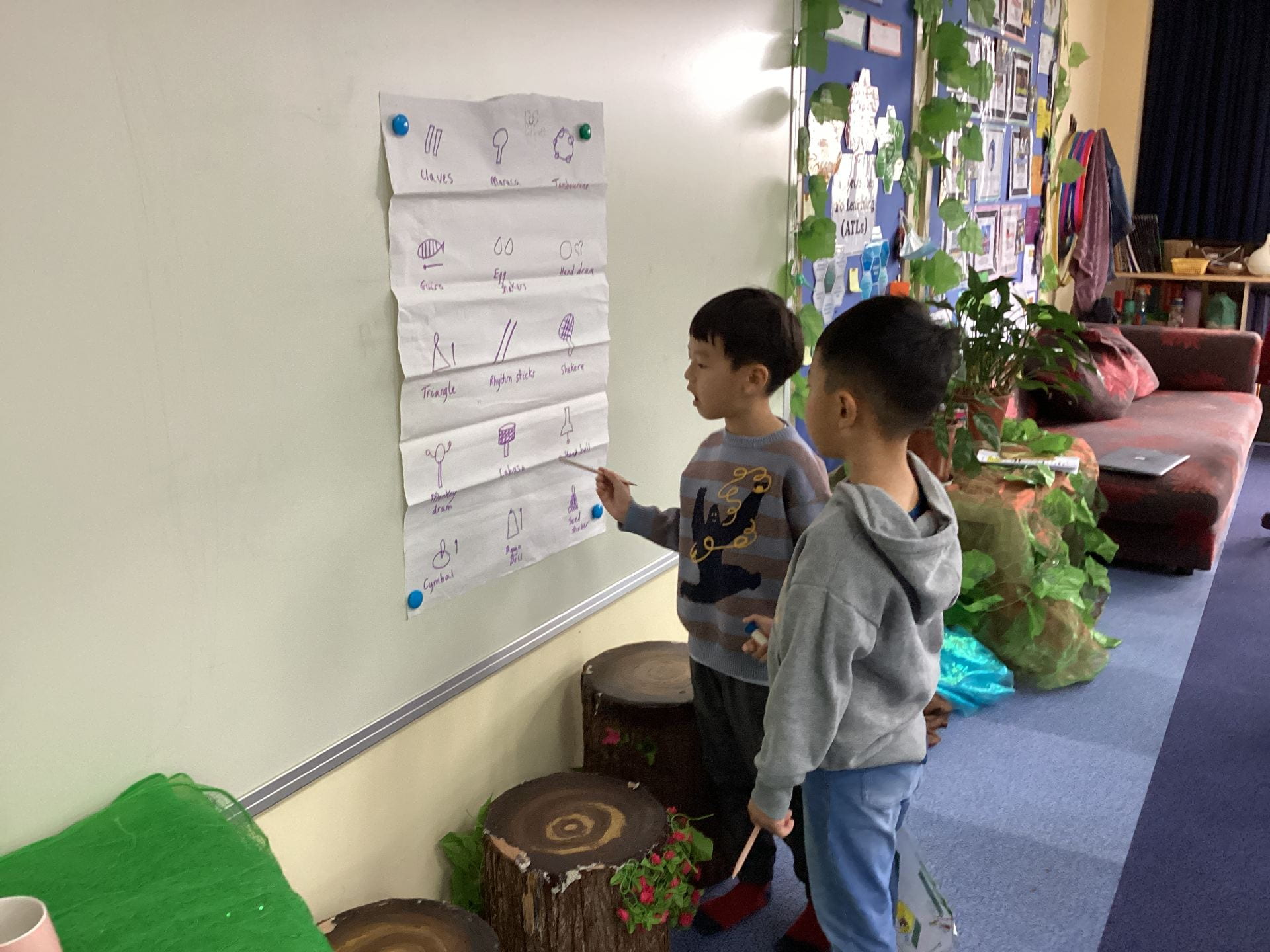 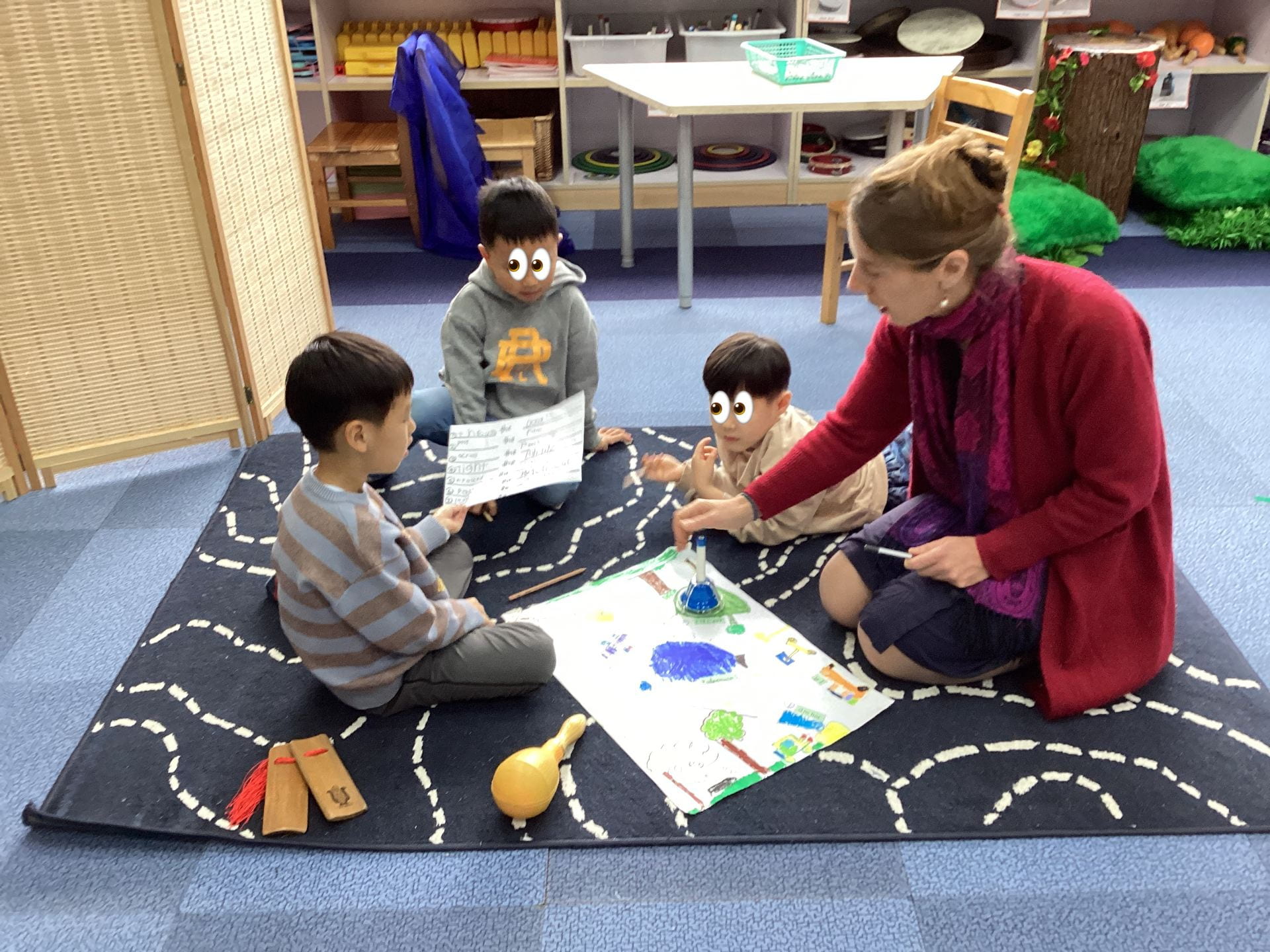 They also recorded their ‘narration‘ of the journey that our stick puppet animals went on. Finally, the children used these sound recordings to perform the puppet shows.